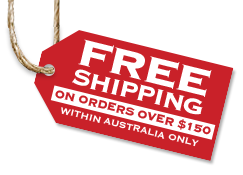 Ownership of the property passed from the Gadd family in August 2002 (although the present owners still hold a tenuous family link via an aunt, Doris Underwood, whose grandfather was the founder, William Barton Gadd.

In December 2002 after many months reclaiming the building from the ravages of time and termites, Graydon and Joanne Johnston re-opened Gadd's store in it's present form.

This room was part of the original residence and when the house was built (in the mid 1850's to 60's) it was actually two rooms (The patches are still in the floor where the original stud wall existed). Cat swinging, a common pass-time which has thankfully since died out, necessitated the removal of the internal wall with the expansion to its present size.

This house was built in 1932 to accommodate the family with one room to provide storage for the grocery part of the business.The tall ceilings made life more bearable in the hot summers and a fireplace in every room kept the cold winters at bay. Ah luxury!

This room housed preserves and tins of grocery items and thankfully was never painted. Note the beautiful original Baltic pine lining. It must have been oppressively hot in the summer with only two small windows providing ventilation. Probably too much for a tin of something, the contents of which have left their mark on one of the walls.

The ceiling of this building was originally lined with straw and coupled with the double brick walls and its sheltered location provided storage for preserved meats and cheeses.

As you enter this building you will note the change in temperature from the outside.

This area housed the grain and chaff, sold as stock feed for the town. Potatoes and onions were also stored in this area.

Look up and you will see the original shingle roof, which still covers the entire area of the main roof of the old shop and residence. However, the dry atmosphere in this area obviously proved too much of a challenge for the weather proofing ability of shingles. A photo of the building taken in 1890 shows the "new" iron roof.